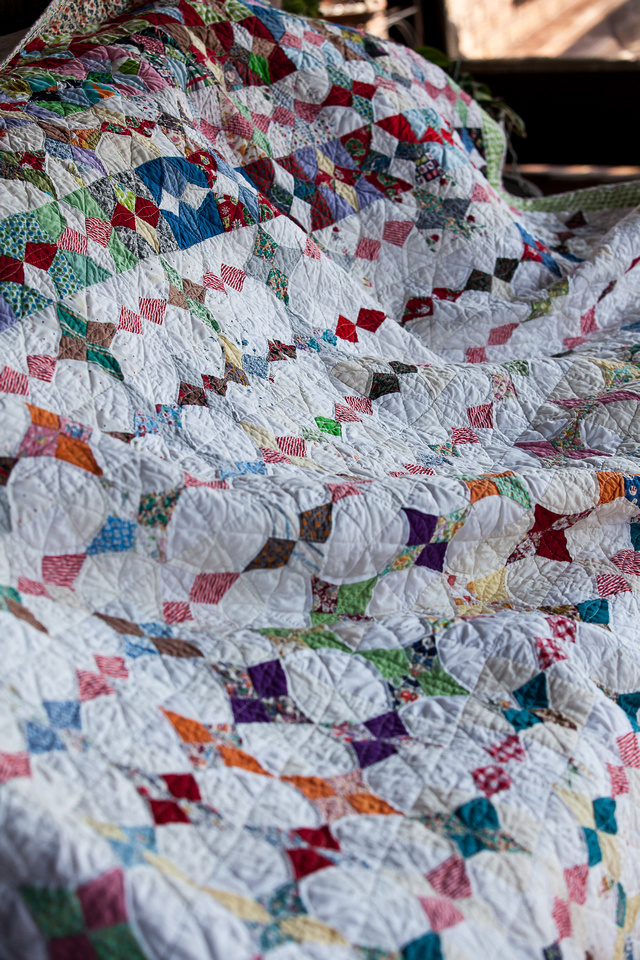 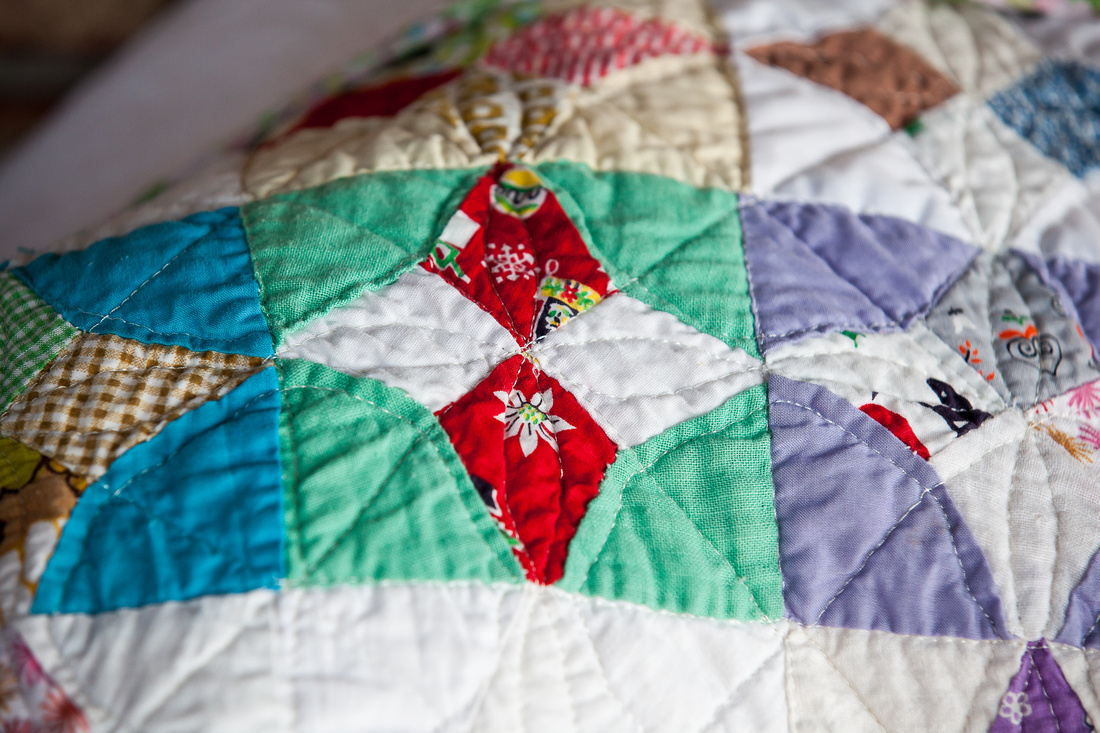 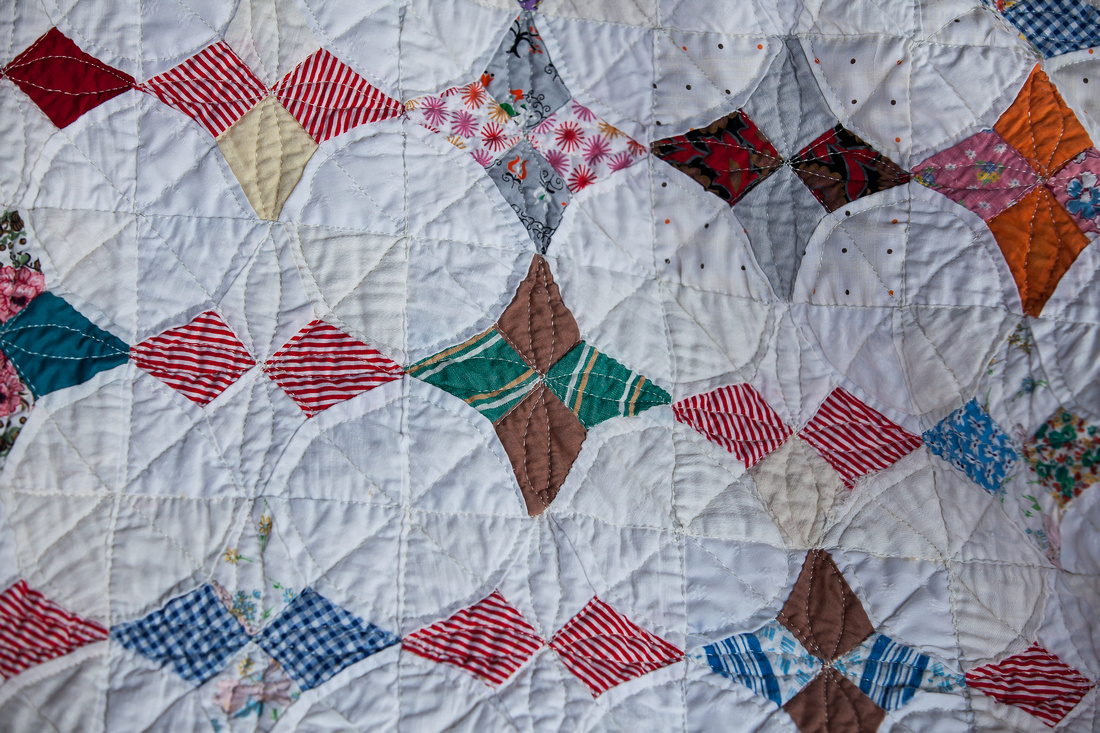 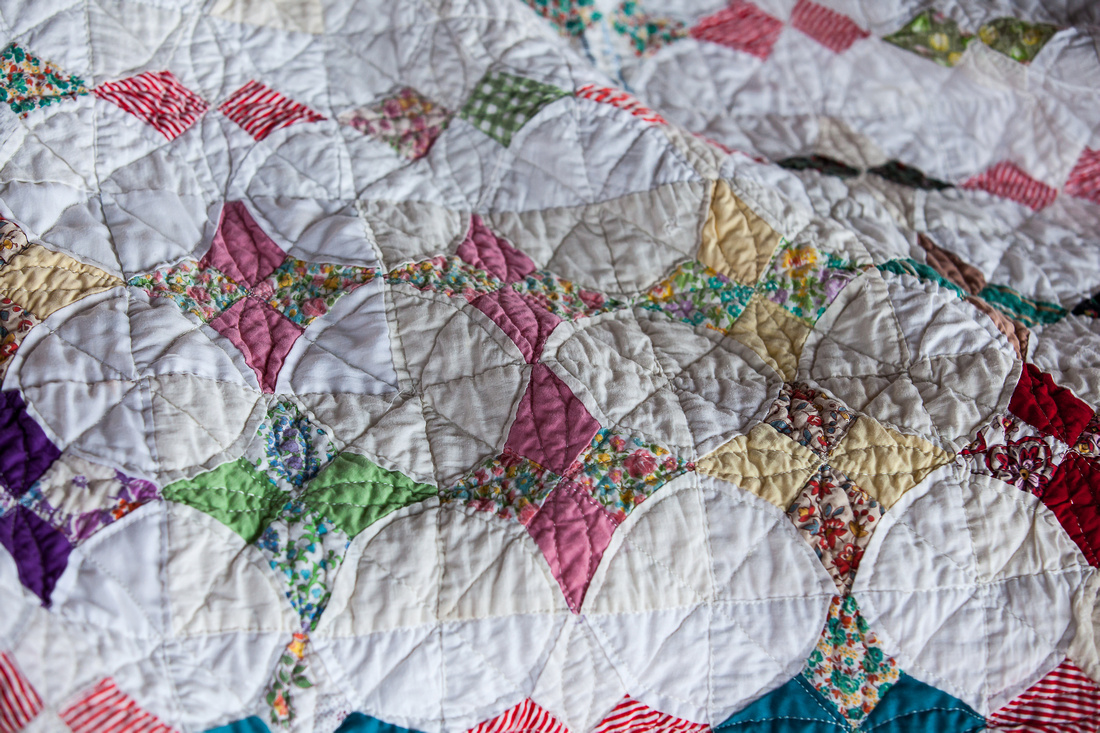 Each time we find old quilt tops, Billy and I seem to have the same conversation: how old it looks, what kind of fabrics were used, how it was pieced and the always unanswerable question of who.   Who made it, how old was she (or maybe he), who was it made for and how did such a treasure end up wadded up in a musty corner with old tools, chipped pottery and rusted relics of previous lives.

It is nice to have friends who don't mind listening to tales of where we picked up a particular top and appreciate the questions and suppositions of the most rugged acquisition.  It helps if that person does not mind prowling some of the less than attractive places in search of whatever trash might be our latest treasure.  So when such a friend expressed an interest in a particular top, I promised to quilt it up just for her.

The perfect time seemed to be during my confinement after knee replacement.  This was a nice project that could be done little by little.  I was surprised how fast it went probably because there was very few areas of deterioration like many old tops and quilts have.  It was obvious that the maker was skilled in hand piecing, especially with such small curved pieces and the colorful arrangement of scraps used.  And you know all those questions about who, where and when?  They just rolled through my mind with every line of stitches, still unanswerable.

After all was done and this top fused with the batting, backing and binding, I realized that I had "rescued" an amazing top and that unknown but now honored quilter?  Well in some ways, she rescued me by helping me heal while staying focused on her legacy.

Now, her quilt will have a home where value is placed on objects with a past instead of the new and glittered.  Elizabeth has lived in and cared for a majestic old home with all its beauty and problems for many years.  this quilt, as everything in her home will be used and treasured more by her than whomever the unknown maker originally intended as the recipient.